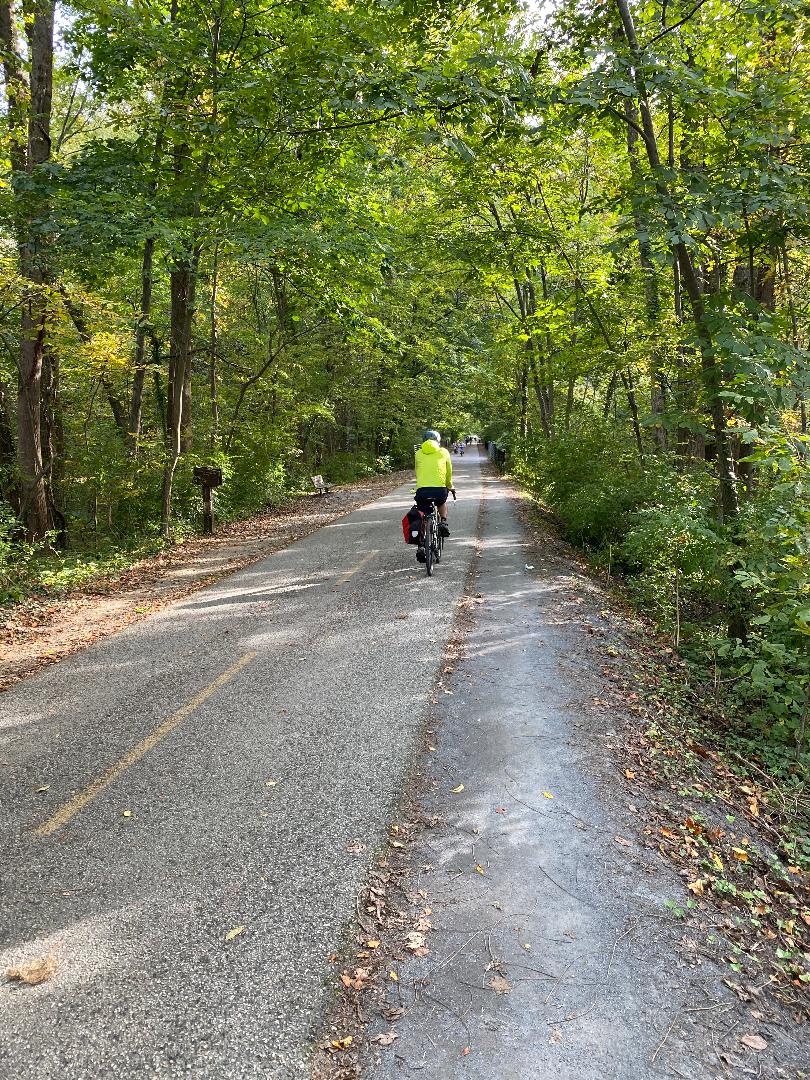 I love to ride my bike. Cycling has been shown to increase cardio fitness, improve strength and flexibility, lower stress levels, and it’s fun! And yes, I probably appear to some as if I fancy myself winning a stage in the Tour de France. I can’t do that obviously. But I sure can stay ahead of the guy who was challenging me the other day partway through my favorite ride. More on that in a minute.

My experience got me thinking about competition. One second, you’re seemingly all alone, and the next time you look over your shoulder, they’re right there, gaining ground, no matter how fast you pedal.

Competition though, for the most part, is a healthy thing. In fact, it is essential, because it leads to innovation.

Competition is also an enemy of complacency. If you are constantly and consistently trying to build a better product, offer a better service, provide a better customer experience, and so on, everyone benefits; your industry, your organization, your employees, and the end users of your product or service.

However, some negative things can happen as well in the name of competition. We can start imitating the competition. We can focus too much on our competitor(s), instead of our business. And it can cause us to take unnecessary risks, and stray from core competencies.

Kara Swisher recently caught up with Google CEO Sundar Pichai at the Code Conference in Beverly Hills, and asked about his competitors. “I have always held the view that you tend to go wrong by focusing too much on competition,” Pichai said. “Big companies, particularly, fail because they stumble internally.”

I once worked for a very successful entrepreneur who managed to monetize his considerable subject matter expertise in one field, by moving into a slightly adjacent area.

Emboldened by that success, he expanded – and reached – even further, taking him well away from things he knew best. As a result, he lost his ability to see around corners, to anticipate, and instead was always a step behind.

When the easy money spigots that had fueled his expansion turned off, and the economy went south, he was simply too leveraged and lost everything.

The whole reason behind his rapid and aggressive expansion was as a preemptive strike against the competition. He felt like his bigger competitors would see his success, and with more resources and deeper pockets, simply take his blueprint and blow him out of the water.

Nothing he was doing was proprietary, or classified as intellectual property, and it was clear for anyone to see what his operating model was. Does that mean the competition was going to try to emulate or execute his plan themselves? It doesn’t appear likely. I asked the CEO of one of his competitors later if this was on their radar or in their plans. He said simply, “Nope. Not our wheelhouse.” No one anywhere in the country has done anything like it since. And because of changing market conditions, likely no one will ever try it in the future.

Google’s CEO doesn’t say you should never look at what your competition is doing, or try to stay a step ahead of them. He’s not suggesting competition is never a threat. Instead, he is saying if you fail, it’s likely because of something you did – or didn’t do – and not because of the competition.

“You want to be aware of everything that is going outside,” Pichai continued. “But at the end of the day, your success depends on your execution.”

Back to the bike ride

Sometimes, as it turns out, your “competition,” who might be causing you to take extraordinary measures to beat, might not even be aware that you exist. Such is the case with my bike ride.

I thought when this guy came screaming up behind me at about the five-mile mark of my ride he was challenging me to race. I measured the gap, kept looking back, and he kept his cadence up. So, I began to pedal faster and faster and expend more energy in an effort to stay ahead. Then I realized if I was to truly stay ahead of him, I had to keep my head down, stop looking back, and just ride my own race as it were.

And that’s exactly what I did. Flat out. As fast as I could go.

I live in the Washington, D.C. area, and this particular dedicated bike trail, a former trolley line, ends rather abruptly in a busy, bustling section of Georgetown. But there’s a place to pull off. As I was slowing down, I was so excited about the prospect of gloating, of looking across at this other cyclist, self-satisfied, knowing I had bested him one-on-one. Only he was nowhere to be found.

I unclipped, got off my bike, and waited. And waited.

At first, I just figured I had beat him by a huge margin. Then, after about 15 or 20 minutes, I realized he wasn’t coming my way at all. Who knows when he dropped off? It was likely a while back. It was also extremely likely he never even noticed me, let alone tried to race me.

I had expended nearly all of my energy riding an imaginary race against an imaginary competitor. And as they say at the summit of a mountain, I was only halfway there. I had another 10 miles to go to get back home. Uphill all the way.

So, use the competition to spur you on, to help you achieve more than you would on your own. But don’t let the competition take all of your attention. And energy. Especially if they don’t even exist.